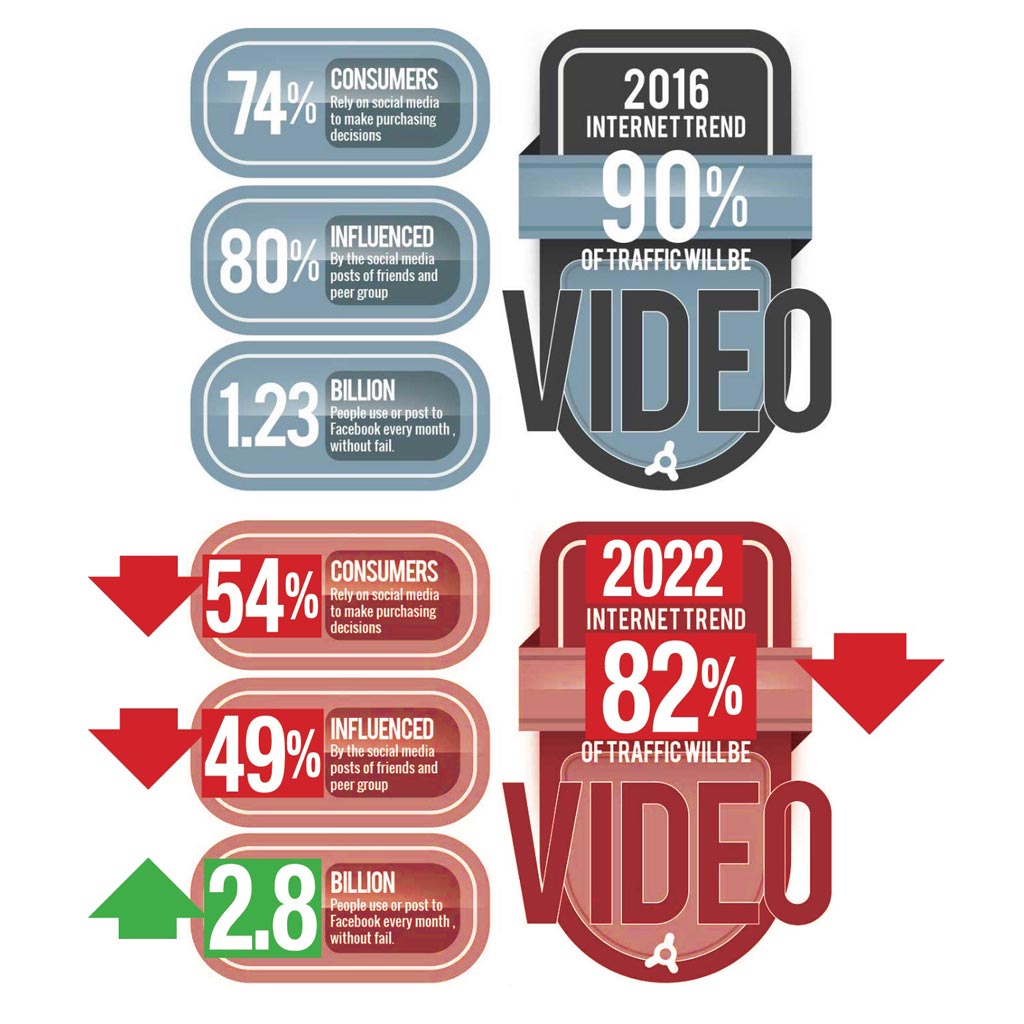 In 2016 I published some research that expressed the use of social media by consumers in all markets (from various sources). Six years later I ran the same report and the numbers indicate that far fewer people are turning to social media to help with their consumer research.

Clearly we should take the numbers with a pinch of salt as they are aggregated and some markets perform more effectively than others – for example FMCG will always benefit from social media influence, as may some luxury goods, clothing and accessories. But what about other markets that require lifetime commitments such as property or investments…?

The social media audience of active daily posters on Facebook has more than doubled! Yet its influence on consumers is heading toward 60% of what it was. So we have more creators, and a shrinking audience. Twitter and Facebook are often described as echo chambers – and the numbers are now backing that up. Creators are basically talking to creators, not consumers! Unless we count creators as consumers – though I rarely meet an influencer who spends their own money 😉

It’s possible social media is turning full circle – reverting back to family and friendship groups. Social media in general has taken a huge battering in the last 18 months as a trusted source of information. Not before time in my opinion. It’s a shallow and duplicitous source on any level, and shouldn’t really be used for research other than for social media behaviour patterns.

I’ve noticed that my clients Google Ad campaigns are getting more expensive in terms of CPC and that the competition there is becoming more fierce. Employing click fraud detection and creating more imaginative campaigns is really important at this time.

Let me know if you think differently.